"A man who started at the bottom and rose step by step to the top of Fort Atkinson's business community"; those are the words that are spoken about Jim Hedrick, owner of Badger Basement Systems.

Jim was nominated for this award by Emily Rueth who is the company's Appointment Center and Website Manger.  Emily stated in her nomination, “Jim started Badger Basement in 1975 as the only employee.  Over the following years, he had hired a few people here and there, some of which are still employed here.  Fast forward 43 years and he now employs 52 people with almost all of them living in the Fort Atkinson area.  He has turned his simple want to help people into a successful and profitable business that helps thousands of people each year throughout WI and northern IL.   He also has his 3 children in line to take over the business when he retires.  He wants to make sure that we are around as long as our warranty; for a lifetime!

Our community is also very important to Jim.   He wants to make sure that his employees and community know that they can trust us and count on us to support them.  He likes to donate to as many charities as he can and get out in the community whenever possible.  Jim is the biggest supporter of this and makes sure we get out and show our support to our community.”

When accepting the award on Jim's behalf, Account's manager and Co-owner Mary Lawrence said,”His message was pretty clear, and that’s simply that we would not be where we are today as a business if it were not for all the great people that work with us.".  “So he went from him being the only employee to 52 employees. And I’m sure he never expected when he waterproofed the first basement, which was actually his first basement, that we would do $8 million dollars in sales some years. So it’s been great to be a part of, and we are thankful for our team of great people at Badger Basement, and we proudly accept this award on behalf of our dad.”

Jim is really a one of a kind man and he improves the lives of those around him.  He absolutely deserves this award and was very humbled in receiving it. 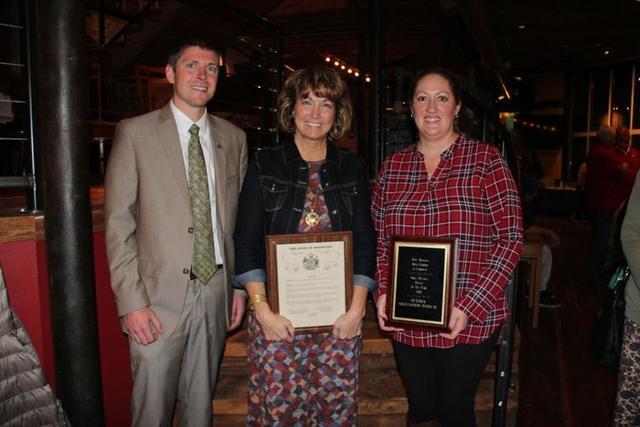