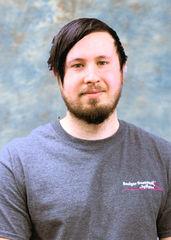 Ricky became a member of the Badger Basement Systems team in the fall of 2017.  He came to us with quite a bit of knowledge about the waterproofing industry which he learned at his previous job.  It didn’t take long for Ricky to learn the way that we do things and he is a true asset to our team.

Ricky can be found hunting, fishing, and playing video games in his spare time.  He also enjoys spending time with his wife and his friends.

Customer Reviews
About Me
View all Reviews
Testimonials
from customers I've helped!
View all Testimonials
Before and after photos from jobs I've worked on:
Back to Previous Page Back to Meet The Team